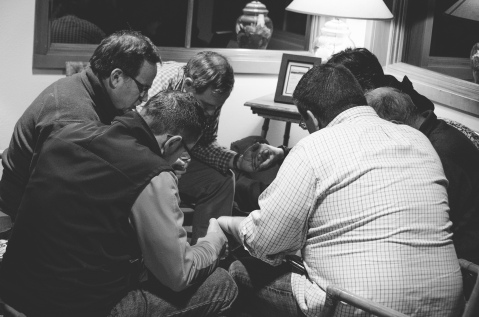 At the heart of Christianity is a personal encounter with Jesus Christ. This doesn’t mean that everyone who becomes a Christian has to have an experience like Paul did on the road to Damascus, but it means that everyone who is truly born again will encounter Jesus by His Spirit. Often that begins by faith, accepting the truth of the Gospel and the work of Jesus on the cross and then as we grow in faith we learn to interact with Jesus as a living being as we grow up in Him. But make no mistake, every believer (whether they feel it or not) encounters Jesus.

When I first became part of the organic church movement, there was a lot of talk about encountering Jesus. Many of those I learned from had taught us how to encounter Jesus by waiting on the Lord in silence and prayer.  As I’ve been exposed to more and more parts of the house church movement, however, I’ve noticed varying degrees of emphasis on encountering Jesus in prayer, usually less. To some degree I’m sure this has to do with some who have tried to call the church away from religious prayer routines.

While I applaud leaving behind dead religious traditions, I’m often saddened by the hardness towards people who try to encounter Jesus within the organic church/house church movement.  Our lives were never designed to be lived outside of a regular encounter with Jesus, so while we need to leave behind the trappings of religion that really were more like hiding than meeting Jesus, we also must position our hearts to regularly encounter Christ. Jesus tells us to do this individually in secret prayer routines where we meet the Father (see Mathew 6:5-6).

The life of the body, however, is not just the coming together of the individual lives of the believers that make it up. Christians have always believed that because of the blood of Christ they have had direct access to God themselves, personally (Hebrews 4:15-16), but they’ve also always believed that something different happens when believers come together and pray. Jesus said that He would show up in a different, more significant way when two or three believers gather together and pray. Part of the promise of Him showing up when those two or three gathering and agreeing in prayer is that He will answer their request (Matthew 18:19-20).

So this encountering of Jesus through prayer, this agreeing together, this listening and obeying Christ, must be done both individually and corporately. If we try and obey the commands of Jesus without it, we will find ourselves continually wearied and unequipped both individually and corporately, because we were never designed to live the life of Christ outside of being fueled by encounter with Him. While this must happen individually, it must certainly happen corporately. If we don’t teach our churches how to pray, we stop successive generations of disciples from learning how to pray together (we don’t pass it on) and we lose the promise Jesus gives us when we agree together on anything.

Friends, our brothers and sisters from the house church planting movements around the world almost unanimously agree that movements do not start without a groundswell of prayer. This may begin with one person, but it culminates with many, many people praying for God’s Kingdom to come to their neighborhood, city, and region. When they gather and pray in a significant way, God answers. These are the people that have put their dependency on God answering their prayers and because of that they see people healed, raised from the dead, and most importantly lives transformed by the Gospel.  I believe we have much to learn from these brothers and sisters, not the least of which is their dependence on God answering their prayers.

Friends, we serve a God who desires to encounter us. He will do this both individually and corporately, but He will encounter us differently with a group than He does when we are all alone. So let’s not stop gathering together with other brothers and sisters to pray, as some are in the habit of doing, but let’s begin to gather to ask Jesus for the harvest that He desires to bring in.