The Year was 2006. Not only had we gotten a new computer that year, but at the end of that year we had gotten a new daughter. Our first, in fact.  Having purchased our first digital camera a few years previous and being fairly early adopters, we printed very few of the pictures.

Fast forward two years. We are early into the life of our second child. Our daughter is almost two.  The computer hard drive crashes and most of our pictures are irretrievable.  Not just by me, but by professionals who would have charged me hundreds or thousands of dollars if they could have been retrieved.

The point of the story: Don’t be a fool. Back up digital content that’s important to you.  It doesn’t matter whether its on a hard drive or in the cloud. Just do it.

April 1st is a great day to think about things like this. 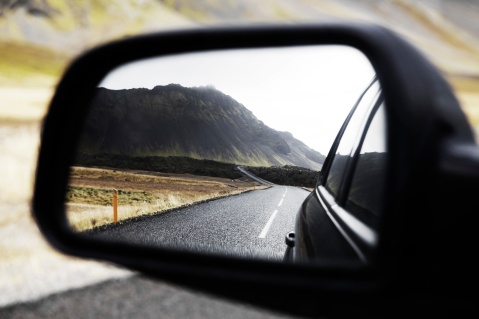 I’m not a huge fan of New Year’s resolutions. They seem more like something to talk about than things people actually intend to do. Frankly, by the time I manage to complete Christmas celebrations, I barely have enough time to think about what I want to accomplish in the next year.

So a couple of years ago, I started something different. I started making resolutions in February.  By February, most people have already broken their New Year’s resolutions. There’s no more pressure to have them and no one’s asking you for them. It actually allows me time to give serious thought to anything that needs to get done. I also get time to pray so I don’t just do what I want, but can actually submit to the Lord’s leading.

What that means for me now, though, is I’m looking over what 2016 was. Most people are constantly looking forward. I’m not against that, but the seeds of the future are found in the past.  I want to learn from 2016, both the successes and the failures, and chart a course with the Lord’s help that is wise and ambitious.

So, with no further ado, I present the significant events of 2016:

My Prayer Retreat With Christy

This may have been my favorite thing of my entire year. Christy and I had desperately been trying to go on a much needed trip for just the two of us (i.e., no kids). And while the desire was there, the budget and the time weren’t always.  But by the end of the summer, burnout from work and ministry and parenting was getting really high.  So we picked a weekend, arranged for some time with the grandparents for the kids, and took a prayer retreat at a cabin in a state park.

And we prayed. We asked the Lord about what we were committed to. We asked Him for direction. We talked to each other about what we were hearing. We sang songs to Jesus around a campfire and didn’t worry about whether it would wake up the kids (or the other campers). We came out of that time more focused and more together. This wasn’t just my favorite thing that happened this year, it was also the most strategic. We hope to make this a yearly tradition.

(Side note: If you haven’t gone away with your spouse to pray and seek the Lord, you should give it a try some time.)

My Commitment to Read More Books

The last few years before this one, my reading had tanked. I kept being given books I asked for and they sat on the shelf. Late in 2015 I decided to give Audible a try. I had time in the car and while I shaved and other random, on-the-go moments. The number of books I read this year jumped from 3 the previous year to 16 this year.  Not every book was great, but there were 5 that were significantly meaningful.  You can check out my thoughts on last year’s reading here.

My Work As a Missionary

This last year, we opened our home to a lot of kids from the neighborhood and the results were really surprising. I’ve written a bit about this in a blog post from last year about hospitality and the spread of the Gospel.  Needless to say, we are still feeling the affects of this change to our lives. Just yesterday a gaggle of kids showed up in our house and tomorrow I’m talking to one of them about starting a discipleship group.  I believe God has a church for our neighborhood made up people more ethnically and economically similar to our neighborhood. This was a first step in that direction.

On a side note, I also believe there is a greater emphasis on this coming in 2017, not just as a missionary to my neighborhood, but to others in my city as well. As I write about my intentions for 2017 and the reality that plays out, I hope you all will see that.

Our Decision to Raise Up Shepherds

Some day I’ll explain more about my hesitation with the word pastor for those of you who aren’t from the house church perspective.  For now, let’s just say this: we haven’t had pastors in our house churches and were fairly adverse to the title.

In 2015, those of us who were opening our homes for churches to meet in began to realize our church network was struggling. A number of us were trying to reach out and evangelize more, but the churches still needed people to care and help those who were struggling.

Enter the shepherds.  These are people with a heart and gifting to care for the body without title, privilege, or hierarchy. We finally initiated this idea towards the end of 2016 but it’s already paid tremendous dividends.

My Commitment to Blog Daily

Part of my commitment to read more books landed me in the book “The Icarus Deception.” Now Seth Godin is not a Christian by any stretch of the imagination, but I could sense the Lord challenging me when I read the phrase “There’s no such thing as talker’s block.” And thus, (mostly) daily blogging was born. Can I just say I appreciate the support each of you has shown along the way? I know a lot of you have subscribed since that point or gave comments of encouragement along the way. It’s meant a lot.

For those of you who don’t know, in 2014, I became a dad to wonderful 17 year old.  Andrienne had met us through our outreach to the neighborhood several years prior, confessed Christ, and become part of our church. When things at home needed to change, she moved into our attic and became part of the family.

2016 was a big transition for her because she graduated high school! This is and was a huge deal. We had worked for hours and hours to make sure we hit this goal.  I’m so proud of her for this accomplishment and there are plenty more ahead.

My Progress on My Book

So, I had hoped to finish the book by the end of this year. That didn’t happen. But I did make progress. I went from one chapter to three and a half.  I also took a big step and committed to it openly and publicly, so I need to get it done.  If only to stop this guy:

@traviskolder is your book done yet? If not, when will it be done? Are you writing consistently? This book is needed, it's a resource #iluvu

Okay,  now we’re to some of the not so good parts of 2016. I was seriously over committed in 2016. I was doing so much, that eventually the shepherd that is part of my house church looked at me and told me I was doing too much. And we felt this in 2016. I have a huge list of “to do’s” from 2016 that are on my white board in my office. Many of them are still left unfinished. So the need ahead is to find ways to get those finished without taking on extra. Also, I need to make sure I spend more time nurturing my family, as sometimes they miss out due my over commitment.

This wasn’t a bad thing, but it was tough on me. I was a commercial loan officer, but in October I got tapped to be part of a project management team at the Credit Union I work at. This took me from a challenging, rewarding, and fun job that I was finally starting to excel at and threw me into a new position that I had never done before. Project management is different than lending, let’s just say that! This next year and a half (the duration of this job) is going to be a big change for me.  Keep me in your prayers as I figure out how to manage projects.

That was 2016! Thanks for listening. This was helpful for me as I processed out the changes that took place this year and what they mean for next year.

How about you? What’s one thing that changed in 2016 that has implications for next year for you? I’d love to hear.

And Now For Something Completely Different

This blog has gone through its fair stages of evolution. It’s currently in the midst of another one (see my post about daily blogging here).

These days, with the advent of Facebook/Twitter/Instagram/Snapwhatever, that sturggle has been so much easier. This blog has largely taken on the role of me teaching about where the Lord has brought us or processing something He’s been speaking.

In an effort to let you know that Travis isn’t all work and there is some fun and games that go on from time to time, I thought I’d give you a glimpse into something our family did for the Christmas season last year and invite you to join us as we try it again this year.

About this time last year, on a whim, I grabbed a Transformer that was laying on the floor and sat it on a shelf. Then, because it was sitting looking kind of depressed, I snapped a photo of it and told the kids it was “Transformer on the Shelf.”  It was kind of a riff on “Elf on the Shelf,” a goofy tradition I always thought was a little creepy. I posted the picture to Facebook as well. It took off in ways I don’t think my wife or I could have expected and the kids had a ton of fun. You can see last year’s photo archive here.

So we’re trying it again this year, but instead of Transformer on the Shelf, we’re doing “Turtles on the Shelf.” If you’re curious, you can follow along every morning here.

(P.S. This blog won’t be consumed by Turtles on the Shelf for all of December. I just thought you might want to know that following Jesus can be fun sometimes, too.)