Reason #3 We Started A House Church 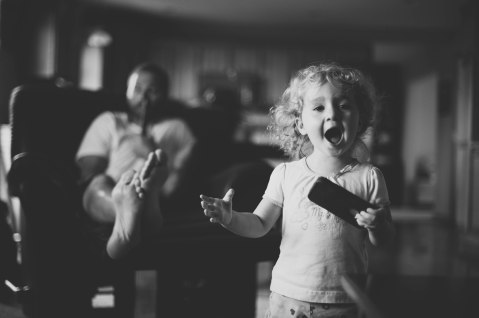 [This is part of an ongoing, irregularly published series on the reasons we started a house church. Reasons #1 and #2 will be listed at the bottom of the post.]

Since our first house church began, there have been a number of musicians who have been a part of our spiritual family. When we first went on this journey, my wife had been playing guitar for a six or seven years and had led worship in different venues.  Others who had joined us either played instruments or sang, so its fair to say we were a musical bunch.

Over the years the role music has played has shifted and changed. There was a year or two where we played very little music because we were relying on music hold the meeting together and as we realized that we tried not to start every meeting with music. Then there have been worship gatherings where the Holy Spirit has moved powerfully during a time of music and we were all better for it.

The New Testament talks about singing in a gathering surprisingly little. Paul says in Ephesians, “Don’t be drunk with wine, because that will ruin your life. Instead, be filled with the Holy Spirit, singing psalms and hymns and spiritual songs among yourselves, and making music to the Lord in your hearts,” (Ephesians 5:18-19). He says in Colossians 3:16, “Sing psalms and hymns and spiritual songs to God with thankful hearts.” These two verses sum up what the New Testament says about singing when the church gathers together.

How does this relate to why we do house church?

What Paul is talking about here is a kind of singing that would take place between members of the church and the psalms, hymns, and spiritual songs were a method of Spirit-inspired encouragement for either the entire group or specific individuals.  There is an emphasis in the verses on encouragement and the spontaneity of the Spirit.  In the church over the years this has “evolved” into musical arrangements, choirs, and worship teams, but the New Testament has in view an activity the whole church can participate in.

Yesterday as our house church met, this began to happen. We had sung a few worship songs together that we knew, but at the end of the final song, there was a significant time of spontaneous singing between several of the members our church that wouldn’t be able to happen in a environment with microphones.  One of the sisters began to sing about Jesus as the treasure in the field that we seek and as she sang, the Lord convicted my heart about areas of my heart where Jesus isn’t my treasure. I was built up and challenged because of the spiritual song of another member of our body.

It’s not that this kind of activity can’t happen in larger churches. It’s just that the larger the group you have, the harder it becomes for this to be a ministry of an entire body and not just the ministry of a select few.  This kind of thing can happen in small groups as well, but many small groups don’t see worship as their focus.  House churches have the time, the focus, and the right size of group for brothers and sisters to sing to each other and encourage each other as an outflow of being filled by the Holy Spirit.

It’s yet another reason we planted a house church.

Reason #1 We Planted a House Church

Reason #2 We Planted a House Church

5 responses to “Reason #3 We Started A House Church”