Reason #2 We Started a House Church 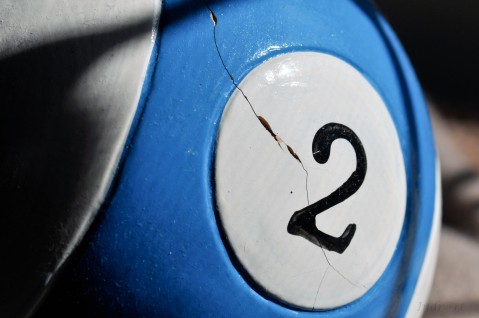 Editors Note: This is my second post in my ongoing series describing why we started meeting as organic house churches. You can find the first post in the series here.

Yesterday started off like any other Sunday. A buddy of mine and I usually begin the day doing some one on one discipleship at a local McDonald’s.  Before we had even begun to pray, we were talking with the store manager about her boys, some of the struggles she has with them, and how the gospel fits into that equation.

But one thing became quite clear during our conversation: Our neighborhood lacks men to help raise the boys in this neighborhood. After the manager went on to her normal duties, the idea lingered with us. We talked about how much more need there is than what we ourselves can handle. We prayed that God would raise up more guys to invest in the kids in our neighborhood.  Then, we moved on to our normal discipleship topics.

The next step in our Sunday routine was to join our families as we met as a church.  One of the newest families that has started to come is a single mom from our neighborhood and her three boys. Out of the ordinary for yesterday, though, was the addition of two boys from another family in our house church network. They were friends of my oldest son who were wanting to spend some time with us for the day. Our plan for the day after we met as a church was to take my kids and the two boys two a local play area (think Chuck E. Cheese, but on steroids).

But my buddy and I, after talking throughout our meeting, decided the single mom that had joined us could use a break. So, he loaded her three boys in his car, I loaded my four kids and their two friends into my van, and we hit the trail to the play place.  It was a fun day. The kids broke up into different groups. I intermittently got to talk to my friend in between chasing after one kid or another or waiting in line for face painting. Everyone had fun. Most importantly, it was our chance to practice what he and I were talking about earlier that morning.

Which brings me to the reason we do house church: Spiritual family. Our afternoon yesterday was full of activity, but it wasn’t just “ministry.” It was pouring into different kids and families that fills holes that the world has left in their lives. These holes can’t be plugged by another program. They are only plugged by flesh and blood humans who have been touched by the Spirit of God.

We’re able to do this not just because we don’t have programs. We’re able to be spiritual family to others who need it because spiritual family is the “program.” We’ve decided to make relationships around Jesus–even ones that don’t always focus on “spiritual” activity–the point of what we do. And this practice of family is exactly what the world, in all of its brokenness, needs.

“God places the lonely in families…” is a truth we’ve come to live by. And it’s one of the reasons we’ve continued to start and meet as house churches.

11 responses to “Reason #2 We Started a House Church”