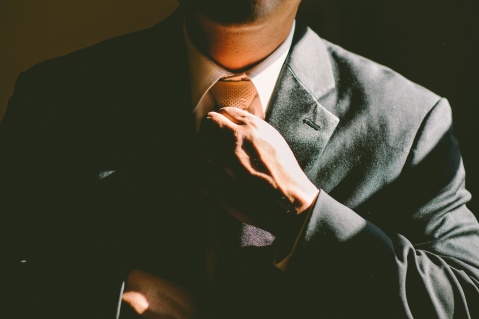 The last several days I’ve been talking about the role of pastors/shepherds in the New Testament, how our house church network found a way to embrace them, and the real truth about ministry. But what about offices, titles, and roles?

Within the house church movement specifically there is a lot of reluctance to give people any kind of title or role. There are a lot of folks who have either been in ministry and been burnt out or there are people who have been hurt by a leader of a church, normally someone who is given the title of pastor. So there is a TON of reluctance to even talk about people being anything other than believers.

There’s also the role of hierarchy. Paul wrote that we should “with humility of mind regard one another as more important than yourselves,” (Phillipians 2:3). The human, carnal side of us often looks at someone with a title and elevates that person above others. This can happen in the mind of the person with the title and in the mind of the people who know the person.  Jesus reminds us of this reality when he says “Don’t let anyone call you ‘Rabbi,’ for you have only one teacher, and all of you are equal as brothers and sisters,” (Matthew 23:8).

So what do we do with titles like apostle, prophet, evangelist, pastor and teacher?

First, I believe in the priesthood of all believers.  All believers have direct access to God and do not have to go through another person to have a relationship with Christ.  I also believe that the Bible was written for third world peasants, so a born-again person who can read has the ability to interpret the Bible for him or herself.

But I don’t believe that all believers are gifted similarly. To put it differently, while I believe in the priesthood of all believers, I don’t believe in the apostleship of all believers or the pastorship of all believers*. Paul tells us several times that while we all have one Lord and the same Spirit, He gifts us differently.  In fact, the first century church experienced such a diversity of gifting that Paul was forced to argue for the oneness of God every time he talked about gifts. His point was we have one Lord and so even though there are different giftings, they don’t point to separate gods or separate spirits from God. One God gives diverse giftings.

But Paul had another emphasis in Ephesians four. Paul says in Ephesians 4:7 that “grace was given to each one of us according to the measure of Christ’s gift.” He then goes on in verse 11 to mention five gifts “apostles, prophets, evangelists, pastors and teachers.” I personally believe that these five different types of giftings are part of each person in the body of Christ. And so naming that gifting isn’t so much a “giving an office” to a person, as it is describing the role they play in the body of Christ.

So we don’t spend a ton of time appointing apostles, prophets, pastors, or evangelists. We just recognize the gift when we see it in a person. Does a person regularly lead people to Christ? They’re probably an evangelist.  Does a person regularly care deeply for the needs of those in their church? Most likely they’re a pastor. We use the name of the gift to call out the uniqueness of the person, but not to give a person any special sense of authority.

Authority is a sticky wicket in this discussion because it’s real and yet can be so easily abused. We rely heavily in our network on relational authority**, which means you listen to me because you know me, you know my track record, and you know I care about you.  I’ve never had a conversation with someone where I’ve “forced” them to listen to me. I’ve reasoned with people. I’ve pleaded with people. I’ve told them there are YUGE repercussions with Jesus for not listening to some things I’ve said. But at the end of the day, if they don’t want to listen, I can’t do anything to make them. Nor would I want to.

Why do I think people should listen to me? It’s not because I’m the senior pastor or because I started the house church that birthed our house church network. It’s because I’m a believer in Christ and we’re called to submit to one another in the fear of the Lord.  I have to do that with those in my house church. No one, in any church, is at the top of a pyramid somewhere that they don’t have to listen to anyone.  Mutual submission is the mark of Christ’s church.

So we all have access to God. We all are gifted, albeit differently than others. And we can all have authority in relationship with others to the degree that we are known, our track record is consistent, and we operate in love.  And this gives me comfort in calling another brother or sister a prophet/ess or an evangelist, because it doesn’t make them special or higher than all of us. It tells us how Christ uses them.

This has immense implications for everything we do, especially in the realm of elders and servants.  But I’ll write more on that tomorrow.

*I do believe however, that apostles, prophets, evangelists, and pastors and teachers are to equip the body, of which apostles and pastors are a part. While this thought is probably a post for another time, I think it’s important to note that apostles need to learn from evangelists, and prophets need to learn from teachers, etc.

**Look forward to another post soon about the benefits of relational authority.

6 responses to “Roles, Titles, Authority…and the True Gifting of Christ”