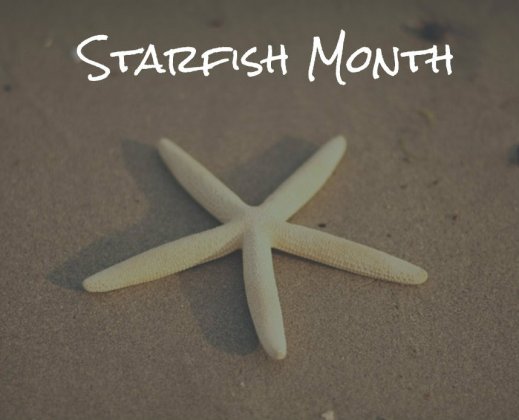 Okay….okay…I get it. It’s not as catchy nor anywhere near as intense as Shark Week. I mean, who in their right mind would try and top Shark Week? I did want to announce, though, that in October (one month from today) we will begin Starfish Month here at Pursuing Glory.

Well, nearly nine years ago this October, I was part of a conference that was hosted by some dear friends in Kansas City. These friends had invited a long-time inspiration of mine, Wolfgang Simson, to come and share about what he felt the Lord was doing in the Earth. Wolf, as some of you know, wrote Houses That Change the World and at that time was putting the finishing touches on a new book that he eventually published himself called the Starfish Manifesto. 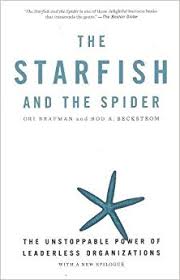 Also during this conference, I had the opportunity to spend a few minutes here and there chatting with Wolfgang. I remember him saying very firmly at one point that if we wanted to understand the true nature of what the Lord was doing in the church in that hour, we had to go and read a secular book called “The Starfish and the Spider” by Ori Brafman and Rod Beckstrom. When the conference was finished I hurriedly ran to my nearest bookstore and picked up a copy with a gift card I received. The book, which was all about the power of leaderless organizations, blew my mind and changed the way I’ve thought about the church ever since. Don’t let the fact that this is a secular book throw you. There is so much here gleaned from history and nature that you will quickly see the Lord’s inspiration in this book, whether the author’s meant it that way or not.

Needless to say, that month of October all the way back in 2008 was a formative year. Much of what came from that time formed the basis for what was to come as we worked to plant and raise up house churches here in Iowa.  Every October, as the weather gets colder here, I look back sentimentally on that season and wish I could share it with you all. So, this October, I plan to do just that.

Starting Monday, October 2nd, I’m going to host a sort of book club here on the blog. Mondays and Thursdays in October I’ll share a brief synopsis of a chapter here on the blog with my thoughts on the content. Tuesdays and Fridays during October, I’ll take some of the thoughts and apply them to how they relate to the church.  Throughout the week in October, I’ll also be sharing short excerpts from the condensed version of Wolfgang’s Starfish Manifesto, the Starfish Vision, on my Twitter feed.  All of this adds up to us talking about how Jesus designed his church to function like a starfish.

Why am I telling you all now? To get you prepared, of course. First, I would love it if one or two of you joined me in re-reading “The Starfish and the Spider.” If that sounds interesting to you, now is the time to pick yourself up a copy of the book.  You may also want to jump straight to Wolf’s Starfish Vision booklet and dive into what you find there.  Regardless, I hope you join me in Reformation month reading and thinking about how there is still more reformation left ahead for the church and strategizing about how we can be part of it.

It’s not Shark Week…but it might just cause you to change the world.

One response to “Coming in October:”