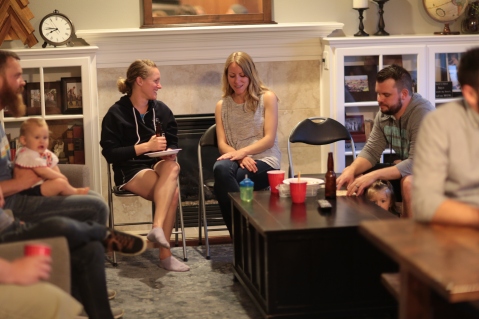 It’s a story that I hear over and over again.

Go down the street to a church that has had a measure of success and grown fairly large and talk to the people who have been there since the beginning. Those people will tell you about the days when the church was small. In the days when the church was just planted, everyone knew everyone else. It was like a small group. They knew each other like family. “Man, I miss those days,” is how I hear people sum up those beginning days.

What changed? Well, the church was able to attract people. More people kept coming. They had to get a building. Then they had to get a bigger building.  The number of people caused the feeling of family to disappear. There were small groups, sure, but they didn’t feel the same. There was more business that needed to be attended to. The pastor was busier. Those who were around at the beginning had responsibilities to help the new people who were coming.

They grew out of that season.

It’s a path we chose.

Related: So…Why Haven’t You Started A House Church Yet?