Five Thoughts on the Five-Fold Ministry 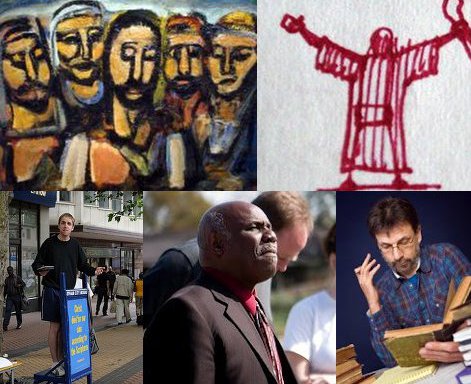 One of the most misunderstood aspects of the church as God designed it is the place of the five-fold ministry.  God has designed the body of Christ so that it builds itself up in love.  An important part of that process is mature five-fold gifts functioning in and amongst the body of Christ in a mature way.  But many have misunderstood the purpose and functions of different aspects of these gifts.

Because of the importance of these ministries, I’ve assembled some of the best posts on the five-fold ministry that I’ve found on various blogs.  These are written by men and women with experience with people who have functioned in these gifts.  These are my top five posts.  Feel free to leave a link to your favorite post on this topic in the comment section.

What Is the Purpose of the 5-Fold Ministry? by Felicity Dale

Felicity gives us a great post to introduce us to the idea of the five-fold ministry and right off the bat she combats the major misconceptions about these gifts God gives the church. This is a short post but many people miss the profound implications that are found within it.

The Reign of God by Len at Next Reformation

Len’s thoughts on a quote from An Ethic for Christians and Other Aliens in a Strange Land don’t directly mention the five-fold ministry.  But he does touch on an interesting idea: The Kingdom of God is extended by Jesus as He gives these gifts to the church for the world.  Read on to see more.

I love this post by Bob Roberts.  Bob really brings a very balanced perspective to the whole issue of the five-fold ministry.  I love that his insights are born out of his work in the non-Western world and I’m greatly encouraged on his emphasis on the whole church becoming apostolic, and not just one man.

Mike does a great job in this post of describing what a missional community will look like if it is lead by each of the five-fold ministries.  While not entirely the same as a house church, I’ve noticed similar group dynamics in house churches led by each of these different ministry gifts.  You may learn a few things about why you lead your house church the way you do from this post.

Photo Credit: This image is a product of five pictures representing each of the five-fold ministries.

Thanks to Ben Sutherland for Rouault’s Christ and the Apostles, Phantom Leap for Seer, Boliston for Birmingham Street Preacher, Jake Liefer for Pastor Garrison, and Stock.XCHNG for Professor at Work.

5 responses to “Five Thoughts on the Five-Fold Ministry”