The Apostolic Pattern (Why Are Multiplying Churches Necessary? Part 3)

This is Part 3 in the Series “Why Are Multiplying Churches Necessary?” It would be helpful to read Part 1 and Part 2.

“Jesus lives on in an apostolic mission that advances by church multiplication.” – Wolfgang Simson 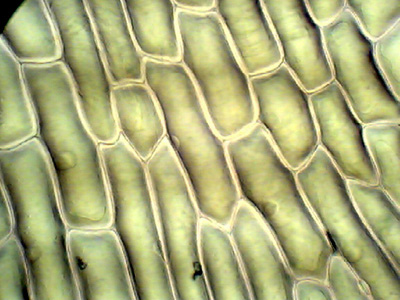 If you’re familiar with the New Testament, you know Luke wrote the Gospel of Luke as a historical account of Jesus before, during, and immediately after the cross.  What some don’t realize is the book of Acts is Luke’s historical account of the resurrected Jesus’ activity as He leads and guides the church into the very activities that characterized His ministry on Earth (cf. John 14:12-14, Acts 1:1-3).  The heart of the matter is this: Jesus’ post resurrection ministry was lived out through the church in the book of Acts in the form of a multiplying church movement.

Let’s look at some quick facts.  The Church Jesus left was insubstantial compared to the crowds who had followed Him before His death.  Paul speaks of Christ appearing to 500 people after His resurrection (1 Corinthians 15:3-8).  Since this is the highest number of post-resurrection numbers spoken of and Paul refers to these men as brothers, my assumption is they were the lump some of Jesus’ followers.  Yet, by the early third century, this relatively obscure band of five hundred had become somewhere between 5 and 10% of the Roman Empire and up to 30% of some major cities.

The book of Acts records the harvest in language that should both stun us and move us to action.  When Peter preaches at Pentecost in Acts Chapter 2, a massive harvest of 3,000 new believers come to the Lord.  Luke describes it this way: and there were added that day about three thousand souls  (Acts 2:41). This continued on for a season in the life of the early church (Acts 2:47, 5:14) and the results were significant growth that all of us would love to have.

However, eventually the church began to feel the burden of it’s growth.  The result was a decision to multiply leadership beyond the apostles to the men we refer to as deacons in Acts 6.  When this multiplication of ministry happened, a small but significant shift occurs in Luke’s story.  Instead of the church having new members added to them, the church begins to multiply (Acts 6:7). The church didn’t just multiply one time.  It multiplied several times (Acts 9:31, 12:24)

This is more than just semantics.  The shift in language represents the fact that instead of just a few people doing much of the work, many people were embracing the mission of God. See, addition works like this: 2+2+2+2+2+2=12.  Multiplication works like this: 2x2x2x2x2x2=64.  The more multiplication you have happening the bigger the results. This is why Paul would tell Timothy to take what he had taught him and teach it to faithful men who would teach it to other faithful men (2 Timothy 2:2).  It was a God-sized idea to expand the Kingdom.

And you couldn’t stop this multiplying church.  Its multiplication made it hard to know where it started or ended. Before you knew it, this little group of Jesus followers became a multitude that had no visible leader.  You could kill one of the leaders, but another would rise in its place.  It’s why human’s hate viruses: they multiply out of control. This is what allowed the first century church to reach an unprecedented amount of people in such a short period of time.

Beloved we find ourselves in a season of history where we must recapture the spirit of evangelism and multiplication that gripped the early church.  This isn’t a call to return to only first century practices, but to capture those elements that made them vital and caused the Gospel to spread like a virus throughout earth.  Jesus is worthy of His name going forth and redeeming many in this hour.  May we, like them, be consumed for His name’s sake and see the church multiply in the Earth.