Evangelism in an Upside Down Kingdom 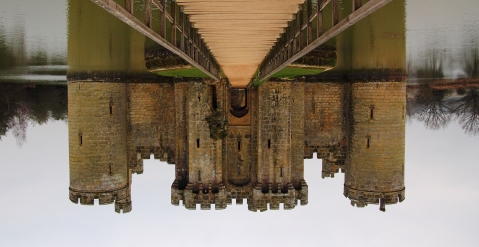 20 years ago a young, awkward, lanky teenager gave his life to Jesus.  Without much direction or personal instruction, he consumed whatever material he could afford to buy out of his charismatic church’s bookstore. In the bookstore he found what looked to be a twenty year old copy of a book containing dreams and visions by a prophet named Rick Joyner. The book would affect the lanky teenager in profound ways by imparting a desire to know God and become more like Christ.

That lanky teenager, if you haven’t figured it out yet, was me. The book was actually only written two years previous. (In my defense, two years seemed like a long time back then.) 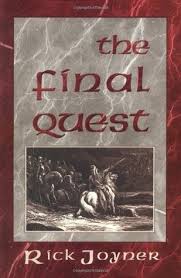 It was called “The Final Quest.” In many ways the theme was very similar to “The Pilgrim’s Progress” in that Rick was expounding on deep truths of the Christian life as he progressed in an allegory portrayed as a physical journey.

The book starts out as a horrible army of demons are attacking Christians and Rick has to climb a mountain (“The Mountain of the Lord”), first for safety, but then as he begins to understand each level of mountain represents a different stage of maturity, out of a desire to know Christ more. As he climbs higher up the mountain he becomes more mature and more effective in the battle against the demonic forces.

Lately, the following section has been on my mind. In this stage of the vision, he is being lead up and down the Mountain of the Lord by the personification of Wisdom, aptly named “Wisdom.”

Wisdom led me down the mountain to the very lowest level, which was named ‘Salvation.’ ‘You think that this is the lowest level,’ declared Wisdom, ‘but this is the foundation of the whole mountain. In any journey, the first step is the most important and it is usually the most difficult. Without ‘Salvation’ there would be no mountain.’

I was appalled by the carnage on this level. Every soldier was very badly wounded, but none of them were dead. Multitudes were barely clinging to the edge. Many seemed ready to fall off, but none did. Angels were everywhere ministering to the soldiers with such great joy that I had to ask, ‘Why are they so happy?’

‘These angels have beheld the courage that it took for these to hold on. They may not have gone any further, but neither did they give up. They will soon be healed, and then they will behold the glory of the rest of the mountain, and they will begin to climb. These will be great warriors for the battle to come.’

‘But wouldn’t they have been better off to climb the mountain with the rest of us?’ I protested, seeing their present condition.

‘It would have been better for them, but not for you. By staying here they made it easier for you to climb by keeping most of your enemies occupied. Very few from the higher levels ever reached out to help others come to the mountain, but these did.  Even when these were barely clinging to the mountain themselves, they would reach out to pull others up. In fact, most of the mighty warriors were led to the mountain by these faithful ones. These are no less heroes than those who have made it to the top. They have brought great joy to heaven by leading others to Salvation…

Again I felt shame for my previous attitude toward these great saints. Many of us had scorned them as we had climbed to the higher levels. They had made many mistakes during the battle, but they had also displayed more of the Shepherd’s heart than the rest of us. The Lord would leave the ninety-nine to go after the one who was lost. These had stayed in the place where they could still reach the lost, and they paid a dear price for it….

My point in retelling this part of the story is this: In some parts of the church, those who reach out to the lost, the broken, and the hurting are seen as less spiritual. Often they are perceived as a mile wide but an inch deep. In order to relate to the lost and the broken, the evangelists among us chose a different path than the cloistered life that supposedly produces maturity. And while we desperately need people coming to Jesus in this hour, our attitude towards those who can and do lead people to Jesus is often one of disdain for their lack of depth.

But Jesus thinks differently than we do. We live in an upside-down Kingdom. What that means is that things that seem very important to us now (money, popularity, worldly success) mean very little to God and the things that mean much to God (humility, honor, self-sacrificing love) mean very little to men. God’s Kingdom is upside down compared to ours.  To be specific to our context, Jesus says, “But many who are the greatest now will be least important then, and those who seem least important now will be the greatest then,” (Mark 10:31).

The church teaches us that the mega-church pastor, the preacher on a book tour, and the ascetic are all important and spiritual. But in this upside-down Kingdom, those that live lives near the broken to bring them to salvation are honored. They bear the price of relating to the brokeness of humanity and remaining close enough to the lost to be able to communicate the Gospel. Because of this, they may never write a book or draw a huge crowd, but they have God’s attention.

I write all this, not just so we appreciate evangelists more. That’s a good start. But I also write it so that we consider, very seriously, the idea that God may value an earthy, more mission minded version of Christianity than many think. Maybe according to the upside-down values of the Kingdom, Jesus assigns honor to those who make it their aim to live among and lead lost souls to the Mountain of the Lord.  And if this the case, maybe we should make it more of our aim to be like those guys, and less like the mega church pastor, the writer, or ascetic.  Maybe part of our journey into maturity is to become more like your lost co-worker and less like a monk, all for the purpose of reaching him and helping him know Jesus. Maybe instead of avoiding the world, we embrace it with the love of Christ and let that love transform us into more of who He is.

If we live in an upside-down Kingdom, I think it might be more important than we realize.

*It probably goes without saying, but I do not consider the revelation contained within the Final Quest to have anywhere near the level of authority of Scripture. I believe Scripture is a far more reliable witness than any personal revelation and I quote this section as springboard for conversation.

** Also note that this photography was altered from its original version: A duck was cropped out and the picture was flipped upside down. 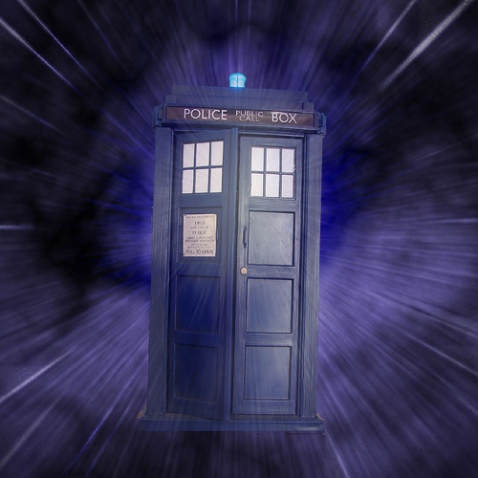 Some things just get better with age.  “The Wayback Machine” posts occur at the end of every month and reference the best posts of that month in years past.  My hope is to provide a good jumping on point for readers who have never been to Pursuing Glory.

Todd Bentley leading a major healing revival in Lakeland, Florida, falling during its height, and then being restored is probably one of the notable events in the charismatic world over the last decade.  I had written about the Lakeland Outpouring previously, and this follow up post looked the restoration process Rick Joyner was taking Todd Bentley through.

What I’ve Learned About Blogging While I Was Gone

March of 2008 marked a return to not just blogging but to the internet as a whole for me.  Previous to this post, I had made some mistakes with some posts I had written on this blog, had my only computer crash, and hadn’t had internet for three months.  It was during this season that the Lord Jesus taught me a few things about blogging that I thought would be helpful to share.  If you’re a blogger, I think you’ll enjoy this post.

Photo Credit: Dr Who by Aussiegal

Last summer I wrote a short history of the Lakeland Revival that was hosted by Ignited Church and lead primarily by Todd Bentley.   For reasons I may look at shortly, this is still the most popular page on my blog.  My intention was that when I had a little more time I would write an appeal to the body of Christ at large to pray for Todd and his restoration to ministry.  My appeal never “made it to print” but the reality that Todd needs people praying to be restored has not changed.

I bring all this up for this reason:  Todd has begun the restoration process.  Todd has now moved to Morningstar Ministries in the Carolinas and is working with Rick Joyner and their team to repent and be restored.  I applaud this step.  No matter what you think about Todd, being big enough to admit mistakes and submit to a restoration process in a sign of great humility.  I also applaud Rick and his team for being willing to take this head on.

Please begin to pray for Todd and his family as he begins this process.  Pray for Morningstar as they take this new step forward in their calling.  The level of warfare they experience will surely increase.  Whether you agree with everything Todd does or not, he caries a genuine gift of miracles that we haven’t really operated in here in the West.  God was forming a gift in Todd to give to the larger body of Christ.  His restoration will be of great importance.

Below you’ll find the first of several video updates Rick and Todd are doing to keep the body of Christ up to date on the process.  I hope that you’ll use them to interceed for the situation on a more personal level.  More video updates can be found here.

We in the body must be about restoration of those who have fallen, no matter how seemingly significant or insignificant they are.  We may not in a place to restore a Todd Bentley, but most of us know someone who needs restoration and ALL of us can pray.  The days will come when many will be falling away from their walk with the Lord and many will not return to Him.  But some will find mercy and for those that do, we must prepare now.  Please, join with me in praying for Todd and extending mercy to others around us.  I believe the Lord will be pleased.