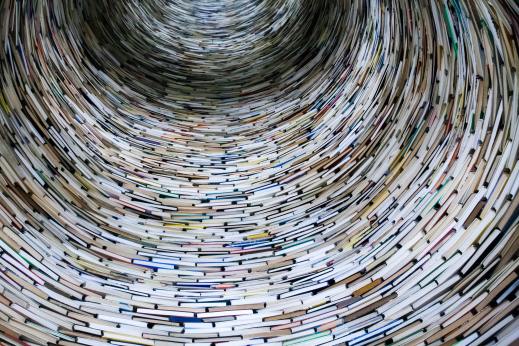 It’s that time of year to join the chorus of people telling you what books I’ve been been reading this year and what you should be reading!

I set an ambitious goal for reading this year (for a father of six who works full time and serves a house church network on the side). My goal was to read 100 books this year and to be honest I’m not quite there yet. I’m 98% done (I’ll let you do the math on this one) and the last 2% is within striking distance. How awful would it be to get this close and not finish? So I’m continuing to work on it even though I’m writing about it.

So, with no further ado, here’s this year’s reading list:

Straightforward Thoughts For Young Men by J.C. Ryle / Utopia by Thomas More / Trump and the Future of America by Jeremiah Johnson / Fight Club by Chuck Palahniuk / When Helping Hurts by Steve Corbett / Around the World in Eighty Days by Jules Verne / The Shy Child by Ward K. Swallow / Shepherding a Child’s Heart by Tedd Tripp / Small Town Mission by Aaron Morrow / The Common Rule by Justin W Earley

Crazy Busy by Kevin DeYoung / Them by Ben Sasse / Wildfire by Ed Waken / George Washington’s Farewell Adress by (who else?) George Washington / Sent Together by Brad A. Watson / And Another Thing… by Eoin Colfer / The Life of God in the Soul of Man by Henry Scogal

Ten Commandments by David Washburn / A Praying Life by Paul E. Miller / Get Weird by C.J. Casciotta / A Tale of Three Kings by Gene Edwards / The Confessions of St. Patrick by St. Patrick / How to Remember Names and Faces by Dale Carnegie / The Tech-Wise Family by Andy Crouch / It Doesn’t Have to Be Crazy at Work by Jason Fried / Orthodoxy by G.K. Chesterton / Cut and Run by Ben Acker

Little Words by Jeff Clifton / The Community of God by Douglas S. Bursch / The Collapsing Empire by John Scalzi / Strengthening the Soul of Your Leadership by Ruth Barton / The Practice of the Presence of God by Brother Lawrence

How to Give Away Your Faith by Paul E. Little / How to Talk To Anybody, Anytime, Anywhere by Chris Widener / Peter Pan by J. M. Barrie / A Technique for Producing Ideas by James W. Young / Evangelism As Missions by Elliot Clark / The Pioneers by David McCullough / Don’t Be Weird by Ellain Ursuy / Birthing the Miraculous by Heidi Baker

The Obstacle is the Way by Ryan Holiday / Relativity by Albert Einstein / Union with Christ by Rankin Wilbourne / George Washington’s Rules of Civility and Decent Behavior in Company and Conversation by George Washington / Self-Publishing for the First-Time Author by M.K. Williams / Gospel Fluency by Jeff Vanderstelt / The Untold Story of the New Testament Church by Frank Viola

Raising Worry Free Girls by Sissy Goff / Surprise the World by Michael Frost / Leap First by Seth Godin / St. Francis of Assisi by G.K. Chesterton / The Indigenous Church and the Indigenous Church and the Missionary by Melvin Hodges / Murder by Other Means by John Scalzi / Contagious by Jonah Berger / Real Life Organizing by Cassandra Aarssen / The Freedom of Self-Forgetfulness by Timothy Keller / Keeping the Fire by Rolland Baker / The Attibutes of God by A.W. Pink.

The Yes Brain by Daniel Siegel and Tina Payne Bryson / Liminal Thinking by Dave Gray / George Whitfield by Arnold A Dallimore / A Cry for Justice by Shelley Hundley / It’s A Wonderful Wife by Camille Pagan / The Gift of the Magi by O. Henry / Six Lies People Believe About Divine Healing by Steve Bremner / Murder on the Orient Express / The Importance of Being Ernest by Oscar Wilde / The Lonely Search for God by Henry Nouwen / Animal Farm by George Orwell/ Evangelism for Non-Evangelists* by Mark Teasdale / Unreported Truths About COVID-19 and Lockdowns* by Alex Berenson

Tune in over the next couple of days as I tell you about my favorites on this list and talk about the effects of reading a hundred books in a year.