Jesus Went to the Cross 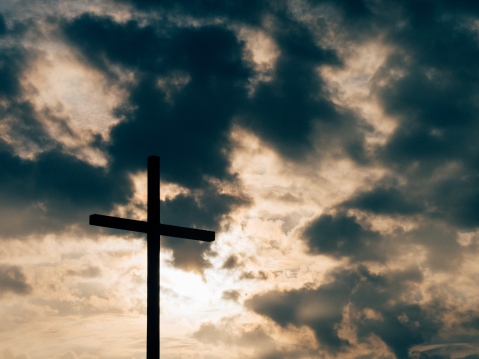 This is a simple thought. Most of you who are reading it will accept what I’m about to say simply as a statement and think, “No big deal, we all knew that.”

But slow down and think about that statement. Jesus willingly chose the cross. Sure, He was betrayed. Sure He was falsely accused and drug there by the Romans.

But the real question is this: Could He have stopped it? In the Garden, though he wrestles with God the Father over going to the cross, He says this: “My Father! If it is possible, let this cup of suffering be taken away from me. Yet I want your will to be done, not mine,” (Matthew 26:39). He could have said “No,” but He didn’t.

And later, after wrestling the issue out in prayer with the Father, when He’s captured by the Romans, the disciples attempt to defend Him. But what does He say? “ Don’t you realize that I could ask my Father for thousands of angels to protect us, and he would send them instantly?” (Matthew 26:53).

But He doesn’t. Why?

I believe Jesus went to the cross.

I know He was taken to the cross.

I knew He was crucified.

But I believe at any point along the way He could have put on the breaks.  He could have chosen His own will. He could have called on the legion of angels. Instead, He chose to follow through with what He knew would happen. He would die.

Jesus went to the cross because He loved you. The broken, often sinful, very undeserving version of you that you hide from others. He looked on you with love and knew that the only solution to your broken state was through the cross.

So He went to the cross.

This tells us something about the nature of God. He pays debts He doesn’t owe. He wrestles down demons for people are too weak to do it themselves.  God sacrifices for those He loves. He takes on our pain because we couldn’t bear it. He went to the cross for us.

Hebrews 12:2– “Jesus…because of the joy awaiting Him, He endured the cross, disregarding its shame.”

3 responses to “Jesus Went to the Cross”