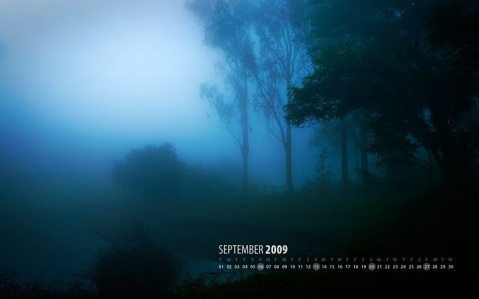 This blog has been temporarily overtaken by my Thirty Days To Greater Fruitfulness Challenge.  You can find out more by checking out the Introduction.

If you’ve been participating with me and/or reading about this journey I’m on, you’ll know that there are days where you don’t hear anything.  Today was one of those days.  That doesn’t mean that today was a failure.  Part of the mystery about listening to Jesus and following His leading is that there is power in His voice and because of that there is power in your obedience.  Today instead of hearing a lot of new things, I obeyed a bunch of old things and it really seems like some positive stuff is going on because of it.

Positive Thing #1- We had our block party.  Here’s the fun thing about this party: We not only obeyed the Lord in having the party, we actually planned it the way He asked us to plan it.  We included a “person of peace” on our block in the party planning.  Now the day that our “person of peace” planned the party for ended up being one of the coldest and rainiest days all month, so instead of having it outside, we had in our neighbors’ house.  But the party was a huge success.  We got to know people we didn’t know.  We bridged some relational gaps on the block.  Everyone had a great time.  (In the interest of full disclosure, I was freaked out about the rain up until an hour before the party, but God helped us regardless.)  So we obeyed what the Lord told us and even when things looked terrible, following Him and obeying His ways paid off huge.

Positive Thing #2- My situation is still really eating at me.  I’m still having a hard time praying.  However, the Lord very kindly reminded me that He had spoken to me some things about this situation the first time around and that those things are extremely relevant still. The Lord is definitely leading because things He spoke weeks ago are even more relevant today than the were when I first received them.

Positive Thing #3- Finally, the book I received as a sign a few days ago I finally gave to the couple I was sensing it was for all the way back at the beginning of the month.  I don’t think I would have had the courage to breach the conversation with the couple if I hadn’t had the Lord speak to me several times about all of this.  But tonight, I started the conversation.  There will be more to come, I’m sure and I’ll need to be bolder than I was, but I started the conversation and I’ll report back on the fruit as we go.  As I was contemplating starting the conversation tonight, I was reminded that I had heard a similar thing for this couple several years ago and I could have spoken it then and possibly saved them some heartbreak.  Instead, I disobeyed.  I’m rejoicing in the fact that God is merciful and speaks more than one time and that tonight I was obedient to His voice.

All of these positive things came from something the Lord had spoken days, weeks, or even a month prior.  I know sometimes it’s hard to obey a word that you haven’t just heard recently, but if you sense the Lord stirring that word in your spirit, don’t be afraid to step out.  Obedience to Jesus’ voice powerfully affects the world around us for good.  Don’t wait.

Do you have things that Jesus has spoken to you about doing that you haven’t done yet? It’s not too late.  If you’ve obeyed something recently that God spoke to you about a while back, leave a comment, tell us the story, and encourage the rest of us to be obedient to the voice that is always speaking.

Join us on the “Thirty Days to Greater Fruitfulness” experiment.  For the rest of September we are spending 30 minutes in silent prayer listening to Jesus and then acting on what He asks us to do.  Then we blog about the changes that are occurring in our lives through the marriage of listening and obedience.  It’s not too late.  If you’re just checking out that experiment feel free to jump in.  And if you want more information, you can check it out here.

One response to “Walking In Obedience To Yesterday’s Leadings (Thirty Days To Greater Fruitfulness, Day 25)”