Beginning Discipleship From the Apostles and Elders 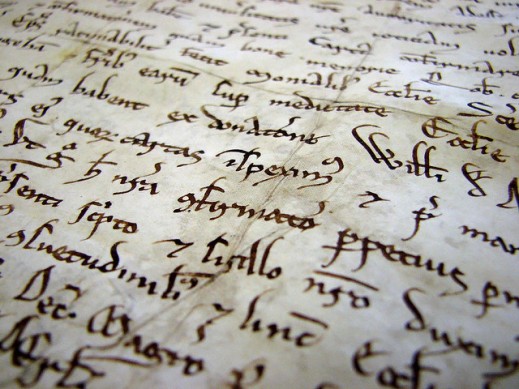 I’ve been reading through the book of Acts recently. There’s so much wisdom in this book to learn from as it relates to evangelism, church planting, and the apostolic church the Lord is looking to build! Throughout the book, we see the early church wrestle with different issues that the apostles probably didn’t anticipate when they began Jesus’ mission. One of those issues was the issue of the Law and circumcision.

As the Gospel spread from the Jewish apostles to mixed race Samaritans and then to “unclean” Gentiles, this issue sprang to the forefront.  Each of these races now had those among them who believed in Jesus, but did they have to become Jews (be circumcised and follow the Law) in order to follow Jesus? We look back at this question and think of it as something only the early church struggled with, but we struggle with similar issues.

How you ask? When a new believer comes to Christ, what standards do you automatically ask them to adhere to? Do you expect people to stop smoking, cut their hair (or grow their hair out), or stop swearing before you’re willing to accept them as a true part of the church? Then you’re still wrestling with the same question the Paul, Peter, James and the Elders were wrestling with in Acts 15.

See, the issue the early church addressed in Acts 15 goes beyond circumcision. It’s really an attempt by the early church to outline basic lifestyle changes we should teach to new believers. The first church council was trying to define what it looks like for Jesus to live in new disciples who aren’t Jews without putting the new disciples under the yolk of legalism. What was their conclusion? They wrote a letter to all the churches with the following conclusion:

For it seemed good to the Holy Spirit and to us to lay no greater burden on you than these few requirements: You must abstain from eating food offered to idols, from consuming blood or the meat of strangled animals, and from sexual immorality. If you do this, you will do well. Farewell.

No idolatry. No drinking blood. No sexual immorality. That’s it. This was the line between repentance and a life of sin, between legalism and true religion.

Some today seem to advocate believers can do whatever they want. There is no standard, just the acknowledgement of Jesus as alive and wanting Him to be a part of their lives is enough. Others seem to advocate a long list of do’s and don’ts that seem to make people more of a member of the era a certain denomination was birthed than a follower of Jesus.  Neither of these is the answer. They’re just catering to a certain preference to confront or not confront the culture.

If we were able to invite the first century apostles and elders back in time to discuss this issue, I’d believe they’d give us much the same advice: “Let’s not put heavy burdens on people who are coming to Christ. Let’s not make them live up to a code that we still struggle with to this day. But as a sign of their walk with Jesus, teach them to leave behind whatever dead things they used to worship. Let them walk in purity, forsaking sexual relationships outside of a marriage between a man and woman.” From there, discipleship and the Holy Spirit would gradually over time grow the disciples.

What about you? What requirements do you put on new disciples? Do you err on the side of giving them too little or too much instruction? What can we learn from the apostles and the elders?

5 responses to “Beginning Discipleship From the Apostles and Elders”