The God of the Mustard Seed 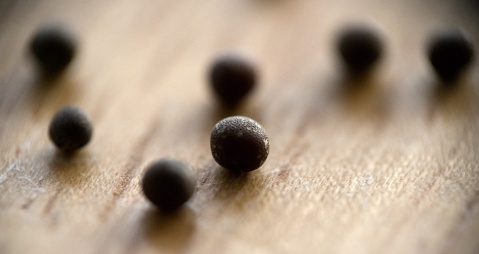 God is big. All of time and space exist within Him. He created everything that exists, He sustains everything that exists, and He shows up in these big moments in the Bible like the parting of the Red Sea or Pentecost or Armageddon (the End Times). And because we have all of these gigantic, mind-boggling pictures of God, it can be easy to believe that God exists only in “the big things,” that some how only the big things are significant or if it’s not big, it’s not God.

I don’t want to argue that God isn’t in the big things. I believe there are some things so big that only God can pull them off, but I also believe that if we only see God in “the big things” we miss God regularly showing up in small but significant ways.  Consider one of the teachings of Jesus:

Jesus said, ‘How can I describe the Kingdom of God? What story should I use to illustrate it? It is like a mustard seed planted in the ground. It is the smallest of all seeds, but it becomes the largest of all garden plants; it grows long branches, and birds can make nests in its shade.’

The Kingdom of God, the place where the all powerful, omnipotent God of all creation rules, comes to the Earth like the smallest of seeds.  I think many times this flips the script on what we believe God is like. We’re looking for explosions with fire and smoke. God plants a single seed in the garden of the Earth and watches it grow.

This should tell us a couple of things about the nature of God. He’s humble. He doesn’t need announcements and show. He’s secure. He’s not the Wizard of Oz, using special effects to inflate what we think of Him.  He’s not scared of the smallness.  He embraces it as a strategy.  He’s patient. He will let His Kingdom grow, not insert the full version in one final, dramatic moment.

But we, especially us Americans, don’t like seeds. We like manufacturing and microwaves.  We like getting things done.  And so this seed-like way of God is often missed by us.  Which is unfortunate, because eventually the path of this humble seed is that it turns into a garden plant that birds of the air can nest in. By ignoring the Kingdom in it’s small, seed-like form, we run the risk of missing the fullness of the Kingdom of God in the here and now. The God who brings the Kingdom through seeds also is a God who grows His Kingdom into a large plant right in front of our eyes, if we perceive it.

You see, God is large. He cannot deny His nature. Eventually the largeness of God is manifest in the way His Kingdom touches the Earth. Gideon’s 300 will win the war. The baby in a manger becomes the One to whom every knee will bow.  The defeated 120 in an upper room will experience Pentecost. He just first comes in small, often hard-to-perceive ways, so that those who are looking for Him find Him and those who are only chasing greatness miss it.

More on that tomorrow…

6 responses to “The God of the Mustard Seed”